Netanya 120032 'Razor' - Type 4 ram. Purchased at the 2014 National Dorper and White Dorper Sale and is from imported genetics form 'Dorsland', the bloodline is renowned through the achievements of sires from Global Dorpers. Razor was successful in the show arena and has already produced a show champion. He was Reserve Junior Champion at NSW State Championships in 2013 and Reserve Senior Champion at the 2014 NSW State Championships and produced 'Ollie', Junior Champion at the 2014 NSW State Championships for Ron and Sandy Pagett at Netanya.
​
Munbilla 110608 'Dalby' - Type 5 ram. Sired by 'Floors' out of 2012 Dubbo show winning ewe Type 5, Munbilla 100423. Dalby is a full shedding ram with excellent muscle, cover, head and temperament. He was sold at the 2012 national sale to Murray Paschke , Kamurra Dorpers, Dalby QLD and later re-purchased.

Munbilla 110630 - Type 4 ram. Sired by 'Floors' out of outstanding Munbilla 060013. A long ram with outstanding temperament and class. 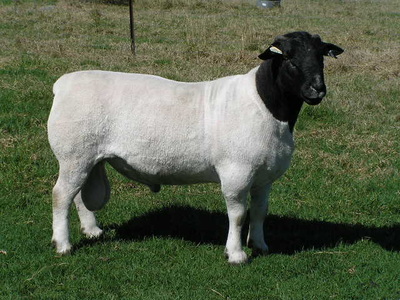 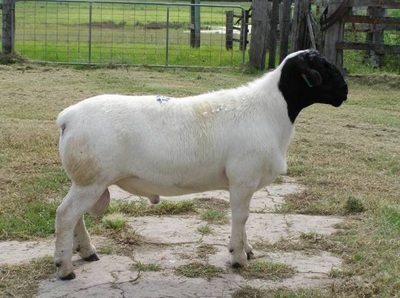 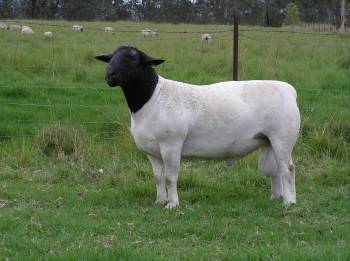 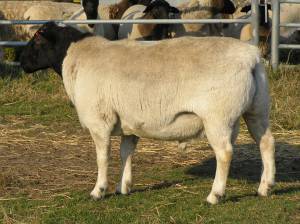 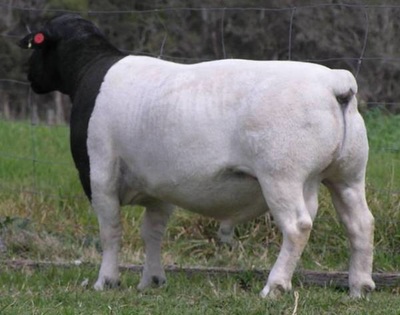 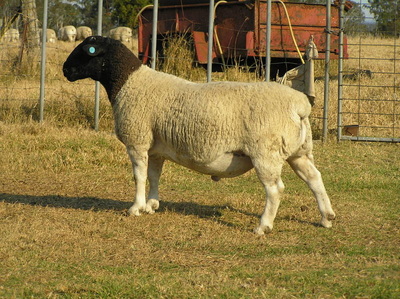 Kaya 060856 'Marco' - Type 5 ram. A sire used at Kaya with good effect. His progeny continue to make an impact with his sons, price topping at Kaya's 2011 Autumn sale. Other sons have been the highest priced Kaya ram sold at the 2010 and 2011 National Sale at Dubbo. Marco has a hairer covering and excellent muscling. The balance, muscling and femininity in his female progeny are a real future. Marco also features prominently on Lambplan with outstanding Post Weaning Eye Muscle Depth. (See News for more details). A 'Munbilla' daughter of Marco won the 4 tooth class at the 2012 Landmark Dubbo Show.

Kaya 04-7949 'Bullo' - Type 5 ram. A leading sire used at Kaya Stud in WA in 2006. For over five years he has consistently performed well on Lambplan and remains one of the top two Dorper sires (with more than 50 progeny) for Carcase +, Self Replacing +, Trade $ and Lamb 2020. He has produced stylish feminine ewes and well muscled, high growth rate rams.

Ida Vale 061053 - 2nd highest priced ram at the National Sale in 2007 after a successful stud career at Ida Vale Dorpers. His performance is highlighted in his Lambplan figures where his Carcase + Index remains in the top five dorper rams in Australia. He has passed on his good muscling and excellent shedding to his progeny.

Amarula 02-0284 'Douggie' - Type 4 ram. After a very successful stud career at Springvale Dorper Stud, including producing the Reserve Champion Ram at the 2005 National Dorper Show, Douggie provided a solid base of well balanced ewes for our Old Munbilla Stud.